This wasn’t just another calculator. This was full on scientific tool and created cults of its own. There’s an HP calculator museum and you can still buy software for it. These may not have been as prized as good slide rules, but they did come with soft cases. 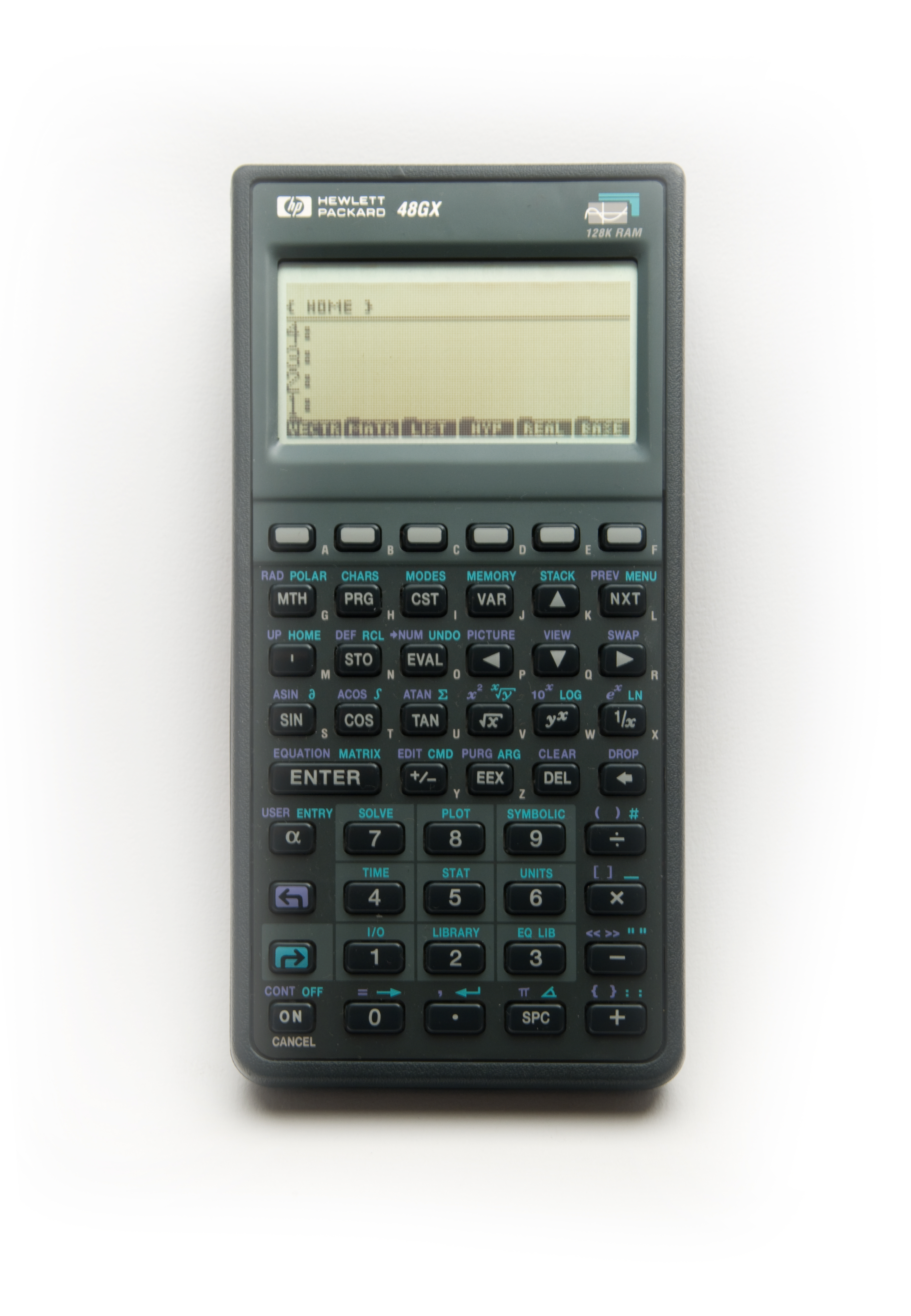 I got my first Hewlett-Packard 48 graphing calculator sometime in college, probably around the time they were released. I liked the RPN and stack features, mostly. Keys for π and e are handy. Some people used the graphing or matrix features, but I was never that sophisticated.

Physics and chemistry students like to program in various formulas, but I didn’t care to remember how to program the thing. People spend all this time learning a tool to avoid learning what the tool allows them to do. This is right on the cusp of people moving to Mathematica or Maple, and I recall doing a very simple statistical mechanics problem set in Maple just to play with the tool. I wrote the professor a nice note on the print-out to note that I was curious how Maple worked and wasn’t trying to skirt the exercises. He was very kind about it. But, I had also turned in a problem set as a comic book where an untethered astronaut floating away from his capsule was trying to work out a Hamiltonian that might save him.

I think I lost that HP-48, but I immediately replaced it with a used one: there are plenty of graduating students low on cash and no desire to ever use a calculator again.

After school, I’d use it infrequently, usually at tax time. A couple of years ago, I took it out of its case to see the copper-green scale of exploded AA batteries. This sort of thing as happened before, although not to this particular calculator.

I recognized the mortality of my friend, and the further removed I was from 1990, the less likely I’d be able to replace my workhorse. eBay had several, so I bought two—one to use and another as a backup. Looking at that today, I think the prices are insane.

I have the RPN Calculator 48. The interface has most of the things I used, although I miss the SWAP button. 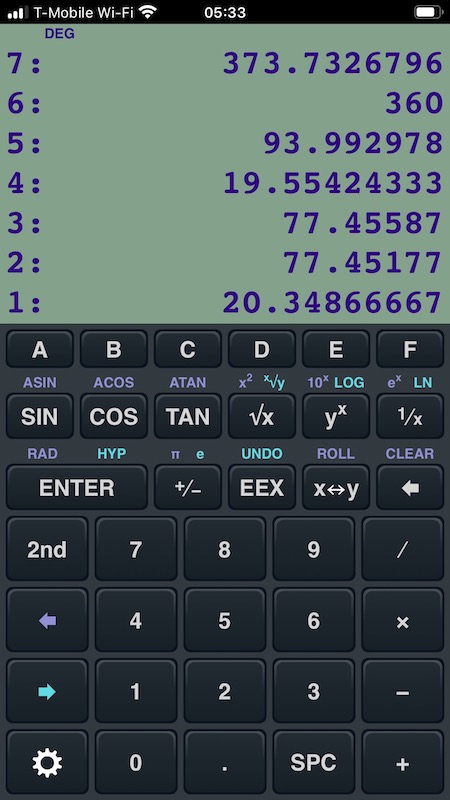 The two HP-48s stuck around for a bit, through a couple of moves even. One of them died and I couldn’t fix it, but that’s why I had the backup. Eventually, I figured I was using my iPhone for everything, and in a fit of downsizing I got rid of the backup too. It’s a sad day, the end of an era.