Claire from Bon Appétit shows Brad how to make sourdough. She published a much more thorough recipe in the Times.

There are some differences from what I was doing while following Sourdough U. 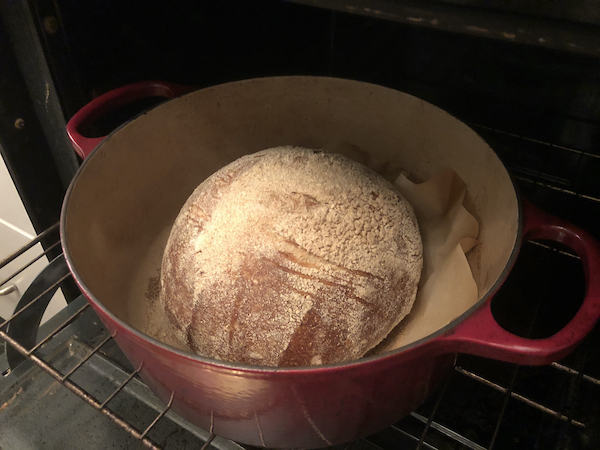 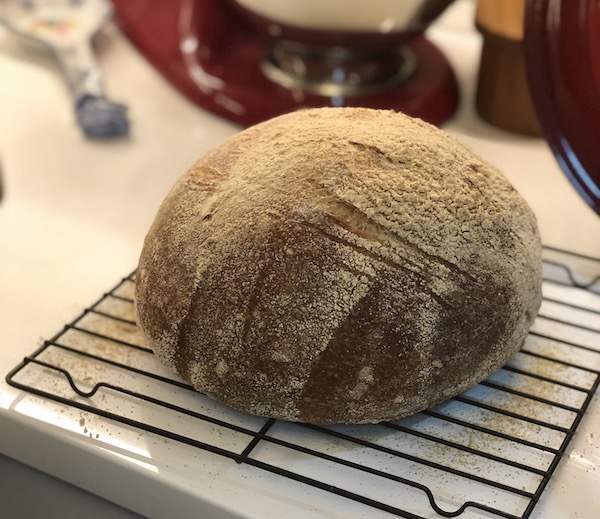 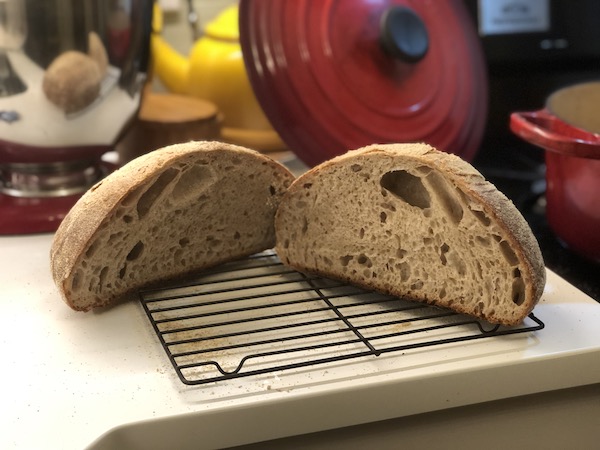 That’s promising, but the crumb (the inside structure) is inconsistent. There is good gluten structure to trap air, but it gets trapped at the top of the crust.

I try again, because what else am I going to do in self-quarantine? This time I make two doughs. One has 80% King Arthur Bread Flour / 20% Red Mill semolina, and the other is 100% King Arthur Bread. Each had 20% starter by flour weight.

This turned out almost exactly how I wanted it, but I need to work on upping the sourness. 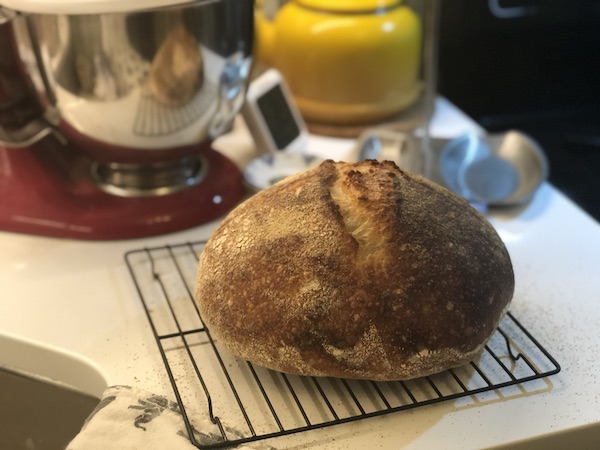 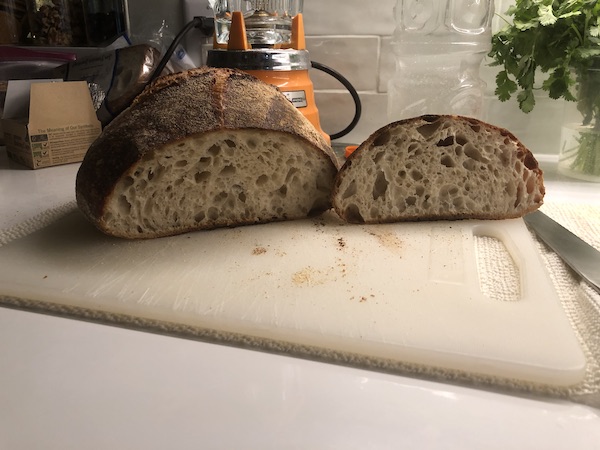 The semolina is a bit softer texture and the boule itself is pillowy with a softer crust. 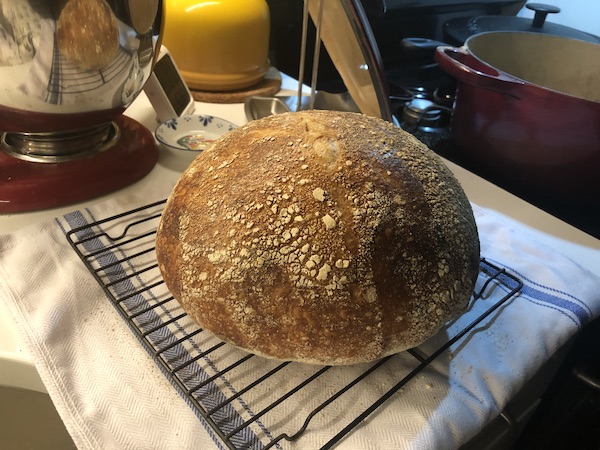 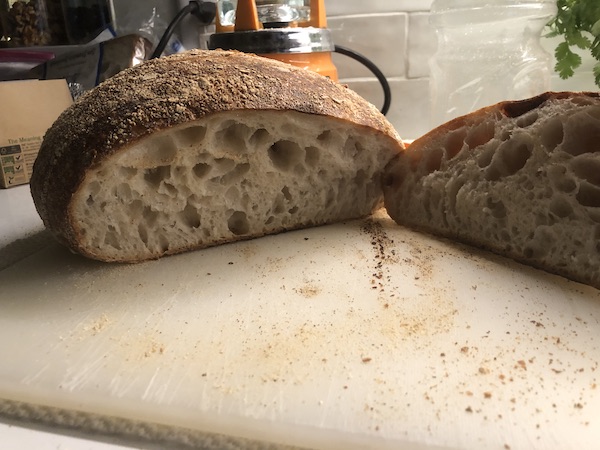